Posted on February 2, 2017 by gullyenews 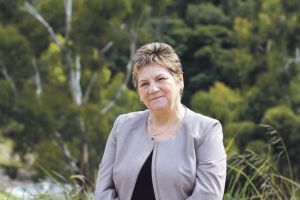 Residents and community groups in Dobson Ward are planning a Thank You celebration to honour the long years of service of their recently retired Knox Councillor, Karin Orpen.

Since receiving the MAV award Karin has concluded her latest term as Councillor, 2012-2016, and has retired. She leaves with honour and an impressive record of work in major projects in Dobson Ward such as the Dandenong Ranges Foothills policy and the magnificent new Quarry Park.

Over the many years of Karin’s public service she has returned the Cemetery Trust to financial stability and supported many community groups including Ferntree Gully Football Club, Knox Historical Society, The Ferntree Gully Arts Society, Ferntree Gully News and more.

The ‘We say Thank You’ party will be held on Wednesday 22 March at 7 pm at the Ferntree Gully CFA in The Avenue. Contact Lynn Brewster (9758 6945) if you would like to come.

Donations towards expenses of the event will be welcome and any funds surplus to the costs of the evening will go to the Ferntree Gully CFA.

This entry was posted in Community, News, What's On and tagged community, Karin Orpen, Knox Council. Bookmark the permalink.