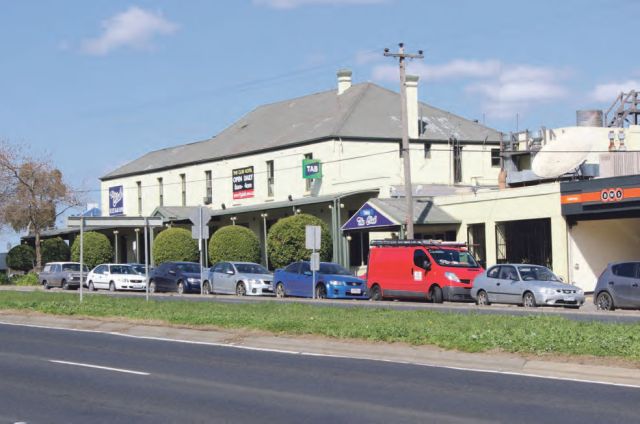 Congratulations to the Ferntree Gully Club Hotel on the 150th anniversary of its founding.

For so many years the Club Hotel would have been the first substantial building encountered as travellers headed for the hills along either Burwood Road, as it was then called, or Ferntree Gully Road. Now this iconic landmark celebrates its 150th year.

The first ‘hotel’ on this spot was established on 29 September 1866 by Scotsman, William Kennedy Ross, on 274 acres of land. The land was bounded by what is now known as Burwood Highway, Scoresby and Ferntree Gully Roads. The first building, like others in the area, would have been a paling shack.

The hotel was the terminus for Bevin’s coach services from Oakleigh, which operated before the coming of the railway in 1889. Travellers from Melbourne would have arrived in horse-drawn vehicles after a long rough journey on dirt tracks.

The present building, erected by Rowland and Annie Freeman, replaced the shack in 1885. Kennedy Ross died in Ferntree Gully in 1902. After several other owners, Annie Freeman again held the licence from 1894 to 1900 before the hotel was acquired by Robert Allan. Many licensees followed.

Still remembered in the Gully is Amadeo Vassallo who held the licence from 1930 to 1961. A former opera singer, ‘Vass’ and his talented family contributed much to the musical and dramatic life of the district. The hotel was also a social centre for local community groups, including the Ferntree Gully cricket and rifle clubs.

(Editor’s Note: Interestingly, most long-term residents of the district still refer to the hotel as “Vass’s” despite the fact that the Vassalo family has not been associated with the hotel since the 1960s. This will often draw quizzical looks from those more recently come to Ferntree Gully.)

In 2016, the Club Hotel remains what it has been for many years: a focal point
for the local community. 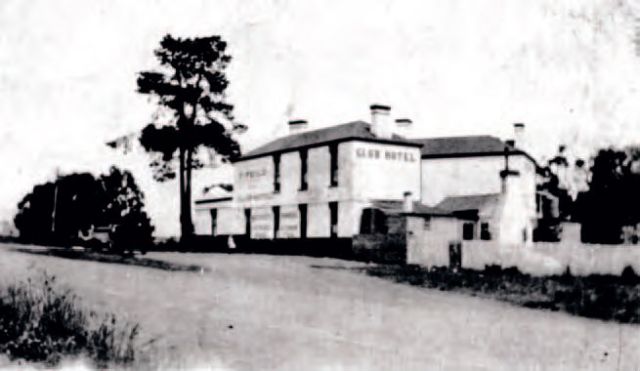 On our photographs: It is interesting to note the vast differences between the top photo, taken very recently, and the 1928 picture above. Both were taken from roughly the same aspect, and you can see that the integrity of the building has changed little in the 88 years that have passed. However the changes in our society are self-evident. Drive-through bottle shops, six-lane highways, advertising signs and traffic are all clearly visible in today’s photo, as is (faintly) the Mountain Gate shopping centre in the left background. In the old photo, one lonely truck sits under a long-gone gum tree at the side of a single roadway, and there is empty space behind the hotel. An interesting comparison.

Thank you Ray Peace and Knox Historical Society for notes on the history of the Club Hotel.